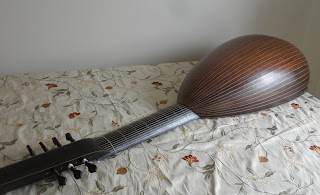 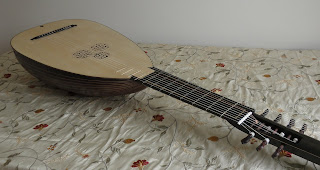 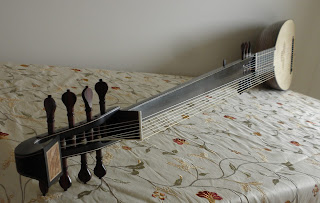 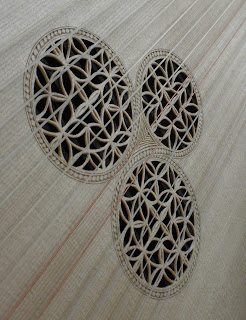 The original rose is shown below 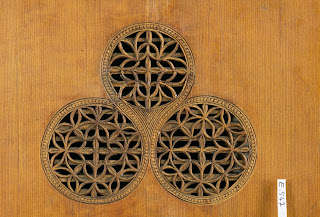 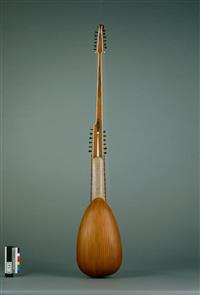 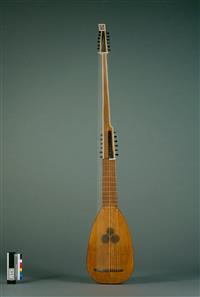 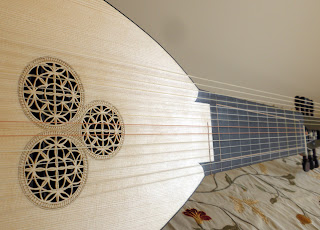 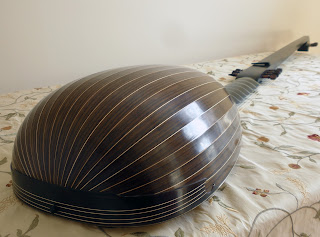 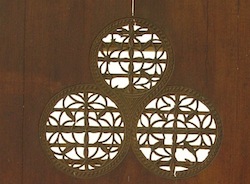 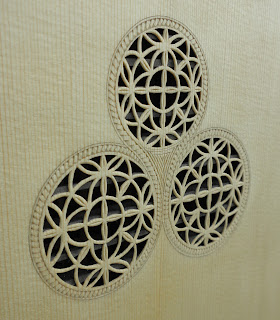 The original instrument currently exists in 3 pieces in the museum as seen below. 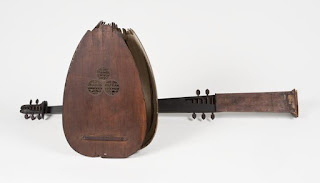 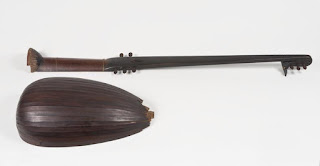 Theorbo based on Sellas (Brussels MIM255)

This is one of the smallest Theorbos the original is 74.3 with 154 basses, the one shown here was made with 76cm string length. The body depth is 14.3cm. The instrument can be heard here 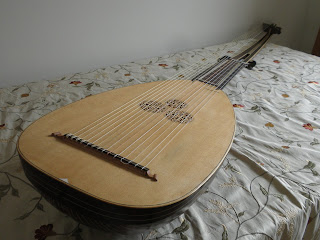 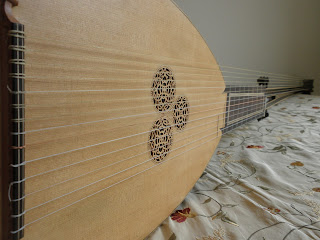 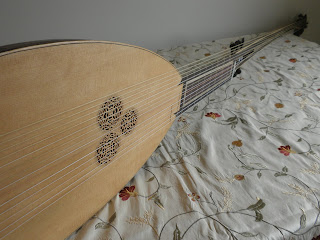 The original is shown below: 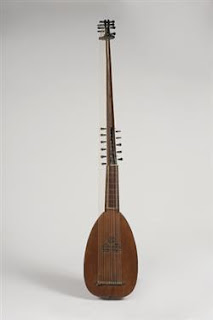 This student Theorbo is the most popular the string length is 85.7cm with 168.7cm bass courses with 17 ribs to make the instrument cheaper. The folding version is also shown below. Here the famous Canarios for solo Chitarrone buy Kapsberger played here by Richard MacKenzie, and here playing Biagio Marini in Oxford. 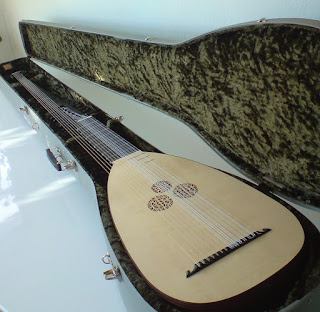 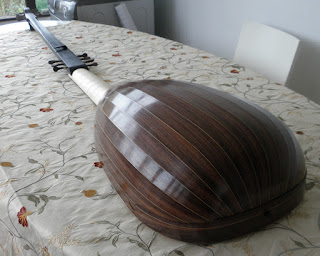 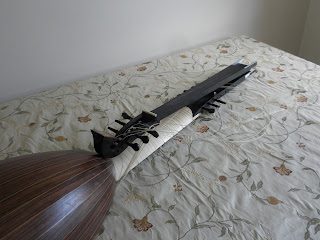 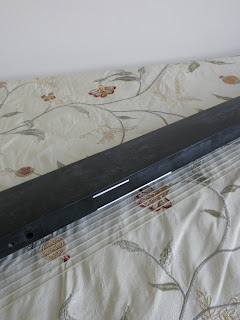 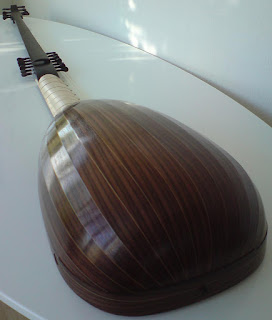 The picture above shows the only metal parts that can be seen on the side of the extended neck, the front and back has no visible metal, just a line where it folds.

The picture above shows the only metal parts that can be seen on the side of the extended neck, the front and back has no visible metal, just a line where it folds.Below shows the largest Student Chitarrone based on Magno Tieffenbrucker from the Royal College of Music Collection in London, string length of 93.3 and with 170.7cm bass courses, the body is 18cm deep,  being 17 ribs helps reduce the construction time and cost. 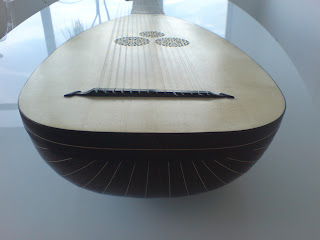 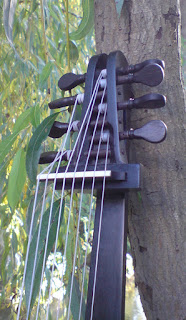 This instrument can be heard here. The original is shown below 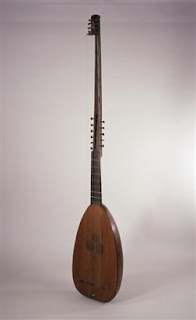 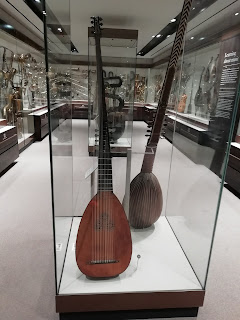 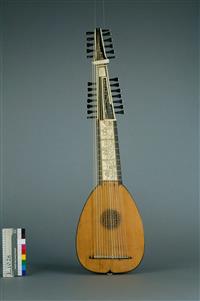 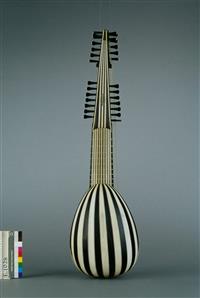 Other lutes that exist as large baroque lutes like (NMM 10213 and 10214) can be made into Archlutes or Theorboes as they may have been originally.

Not available to order is:

This prototype bass lute/chitarrone may have been the first attempt at making the new chitarrone, but extending the body instead of the neck meant a very long body which is quite flat in the middle and difficult to play, thankfully the extended neck design was the way to go, on the right is a 'theatre theorbo' used in performances on stage to mimic the Kithara, the theoretical origin of the chitarrone, I doubt it had much volume due to the tiny body but may have been sufficient in appearance. The strings appear to wire so higher tension may help with sufficient enough volume, I have not made one of these as yet, but wouldn't mind just to hear the sound it makes!