7/8crs Electric Mandora based on the Frei Body (KHM C34) 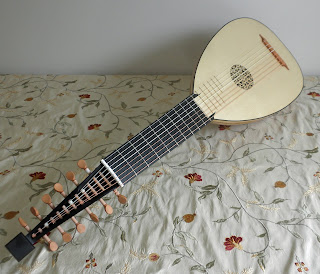 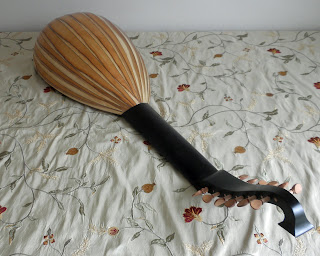 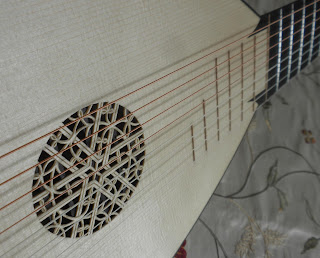 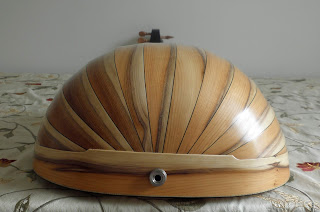 This hybrid Mandora brings together the 19th century Electric Mandora made and played by Chris Hirst (hear it here https://www.youtube.com/watch?v=bBgp0Km1CgA, and here in ensemble https://www.youtube.com/channel/UCrlq0bGpYPH0fQTG_v5qE8Q) and the traditional Mandora as an un-amplified 7/8 crs conversion heared here played by Rod Blocksidge. So it can be played as a 7crs double strung Mandora (tuned d', a, f, C, G, D, C) or restrung to it's current state (tuned e, b, g, d, A, E, D, C). Dare I say it could be tuned as a renaissance lute in e with lute intervals just by tuning down a semitone, so 3 instruments in one potentially.

Having converted Rod Blocksidges' Mandora from 7 to 8crs single recently (as heared in the link above) I decided to apply this to the 8 crs 19th century mandora I had made for Chris Hirst who uses it for modern ensemble music, hence the amplification. So by drilling the bridge with holes for 7 crs double and 8crs single and a nut that caters for both stringing then it combines the best of both Mandoras and more value for money for the player. Rod tells me the 8 crs can be used to play rare Russian music requiring 8 crs.